Home » Aaron is King of the Hill in Eilat

Aaron Hill became the second Irish player within the last three years to have claimed a European Billiards and Snooker Association youth title following his success in the 2019 European Under-18 Snooker Championship earlier this week.

Held at the U Magic Palace Hotel in the Israeli coastal city and resort of Eilat, this was the first of three events that make up this year’s EBSA Championships. Running until 2 March, the subsequent Under-21 and Main categories will complete a busy programme. It is the first time that Israel has held the championships.

In what was the fourth annual staging of the Under-18 discipline, representatives from a healthy 24 different nations took part – further evidence of snooker’s growing appeal on the continent.

During the knockout portion of the competition Hill made breaks of 54 and 57 to dispatch Bradley Tyson (Wales), 3-0, and 60 and 81 in seeing off Iulian Boiko (Ukraine), 3-1, to reach the quarter-finals.

Hill then capped off a 4-1 win over Belgium’s Julien Leclercq with a run of 70 before eliminating number 1 seed Florian Nüßle, 4-2, in the semis with a further brace of half-centuries. Current Austrian National champion Nüßle was the runner-up to Jackson Page in this tournament twelve months ago in Sofia, Bulgaria.

Awaiting Hill in the final was the undefeated Dylan Emery of Wales, who was looking to follow in the footsteps of fellow countrymen Tyler Rees (2016) and Page (2017, 2018) as the only other winners of this championship.

Emery eased through his group without dropping a frame, also constructing the highest break of the event, a 141. That was one of three centuries he would make in total.

He then dispatched Dean Young (Scotland) 3-2 and Nicolas Mortreux (France) 4-2 in the last 16 and 8 respectively. In the last 4 he stopped the possibility of an all-Irish final when he denied Ross Bulman, a stablemate of Hill’s, 4-0.

A predictably close and tense final ensued; Emery took a 2-1 lead with the aid of 54 and 59 breaks, but Hill responded to move in front for the first time and just one away from the trophy as he chalked up runs of 59 and 50.

The Welshman, a year older than his opponent, levelled it up at 3-3, however, Irish eyes were smiling when Hill kept his nerve in the decider as he coolly amassed a decisive 84 break.

The action continues with the Under-21 Championship which concludes this Friday and will see the winner claim a two-year ticket to the World Snooker Tour from the start of next season. 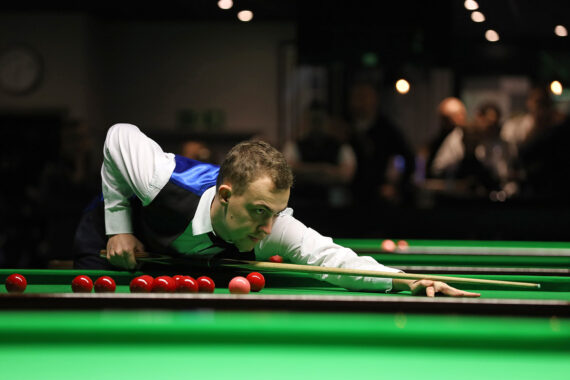 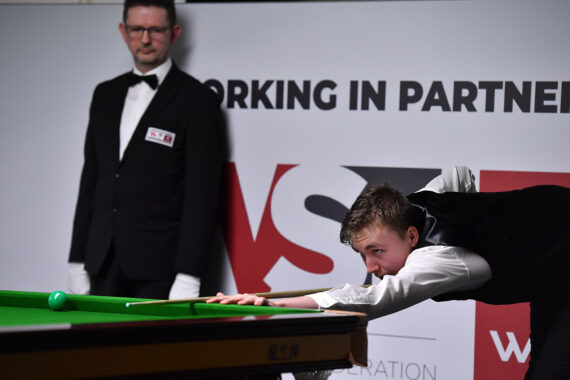 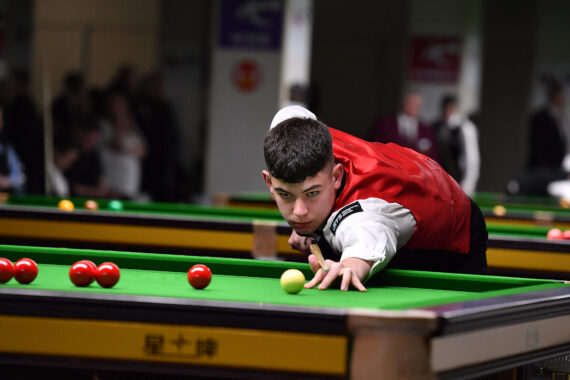 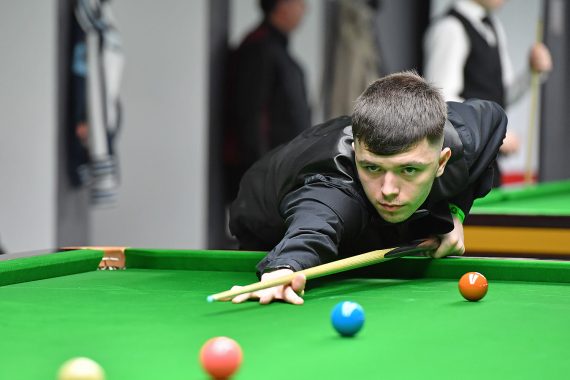