Held at the BLZ Vienna, this 24-player event was the concluding chapter to the 2018/19 domestic campaign. Automatically seeded into the last 16, Nuessle swept aside his opposition as he advanced to the final without dropping a frame.

The 17-year-old reigning champion defeated Bernhard Wallner, Jérôme Liedtke and then Mario Bodlas, all by 4-0 scorelines. During the final frame of his quarter-final success against Liedtke he compiled a 111 break – this would stand as the tournament’s highest.

Nuessle encountered a far sterner examination in the final when he faced former three-time winner Andreas Ploner in a rerun of the title match from 2018. Ploner, who reached the last 16 of a Q-School event last year, had relinquished only one frame during his three match victories on route.

It was Nuessle who held the upper hand early in the final, but breaks of 48, 74 and 50 helped Ploner draw level at 2-2 going into the mid-session interval.

Nuessle responded with runs of 40 and 62 as he re-established a two-frame cushion although Ploner returned again to force a deciding ninth frame. However, promising teenager Nuessle resisted his rival once more to retain the title and secure a trio of national championships.

The following weekend at the Köö 7 Snooker Club – also located in the capital city – Stephanie Doležal won her second Austrian National Women’s Snooker Championship – ten years on from her first.

Both championships were organised by the ÖSBV – the Austrian Snooker & Billiards Federation.

Article written and published by Michael Day on the 28th January 2019. 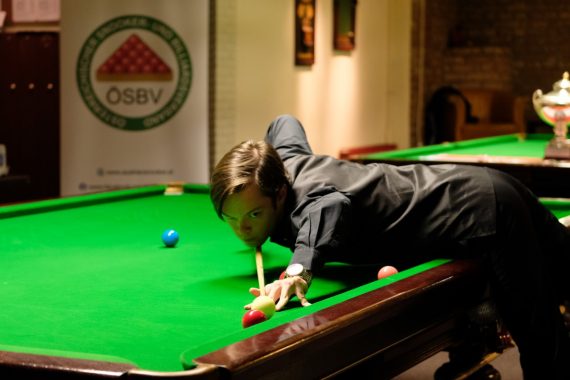