Located next to the Black Sea in the Caucasus region of Eurasia, the country of Georgia is starting to wet its appetite for competitive snooker.

Like other post-Soviet Union countries, Russian pyramids and pool are the nation’s most played cuesports. However, those in charge of the sport there are seeing snooker’s popularity increase and this is reflected in the growing number of entries for the annual national snooker championship.

The inaugural championship was held in 2016 with 16 entries; Sandro Kadagidze defeated Nodar Bakradze 7-4 in the final to become the first Georgian champion. In 2017, numbers climbed to 24 and Bakradze went one better with a 4-2 success over Alex Jangulashvili in the title match.

Over recent weeks, the third staging of the tournament took place with 28 entries, four of which were players under the age of 18. Reaching the final for a third consecutive year, Bakradze defended the title with a 4-0 final victory over Gocha Kavtaradze.

The Georgian Snooker Association’s George Durglishvili commented on how they are committed to making snooker the most popular cuesport in the country and aim to become a competitive nation within it.

Durglishvili also added that they are focused on getting as many people as possible to play it, especially the younger generations.

Article written and published by Michael Day on the 8th October 2018. 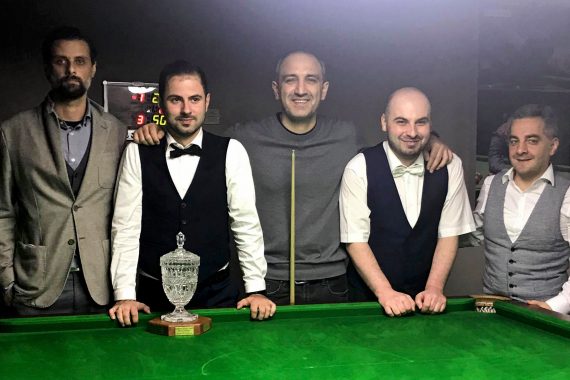