Baranowski defended the main national championship after a 6-4 victory over former professional player Kacper Filipiak in a rerun of last year’s title match.

Reigning champion Baranowski’s path to the title was not straightforward, though. He qualified second from his group behind the undefeated Michał Zieliński, who he lost to 4-3. Zieliński, winner in 2009, 2010 and 2013, would go on to reach the last four.

In the knockout phase Baranowski was superb in dispatching Maciej Kusak 4-0 in the last 16 – racking up breaks of 64, 57, 67 and 93. He continued his streak when eliminating Marcin Nitschke 5-0 in the quarter-finals, although he needed to claim the last two frames to get the better of Grzegorz Biernadski in the last four where he came through 5-4 on the final pink.

Filipiak – European under-21 champion in 2011 – began the final brightly with breaks of 112 and 52 to open up a 2-0 advantage. However, Baranowski deposited four of the next five frames to move ahead, and despite Filipiak levelling at 4-4, he registered runs of 98 and 68 to retain the top title on the Polish amateur scene.

Elsewhere in the event, Adam Stefanow – an entrant in several professional competitions last season as a Q-School top-up – lost in the last 16 to Karol Lelek, 4-2.

The highest break across the four days was a 129 from Daniel Holoyda.

Thank you to Iza Morska for her help and information with this article.

Written and published by Michael Day on the 1st February 2018 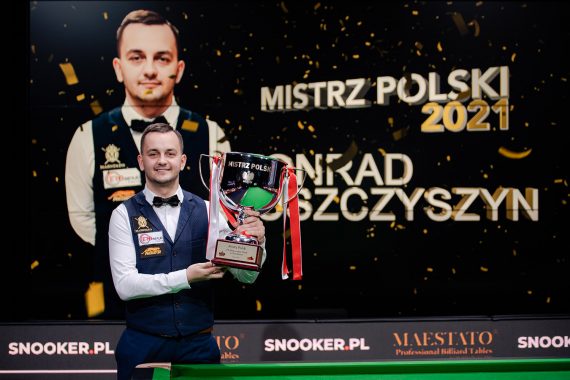 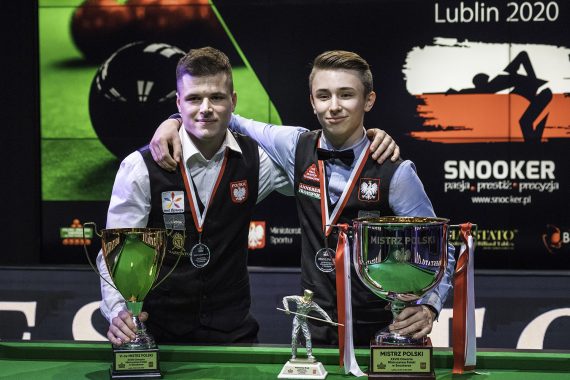