Island Titles for Brabiner and Shorto

David Brabiner and Adam Shorto both defeated defending champions in the final to win 2015 island snooker championships in Jersey and Guernsey respectively.

Nearly a quarter of a century on from his maiden triumph in the competition, Brabiner got his hands on the Jersey trophy again as he ended the dominance of Aaron Canavan who had won this title for each of the previous five years.

Having both come through the earlier rounds played throughout the season, Brabiner began the final well as a 51 break helped him take the opening frame.

Brabiner – who briefly competed on the professional circuit when it became open in the early 90s – doubled his advantage before Canavan’s effort of 30 helped him get on the board with frame three.

However, Brabiner re-opened his two-frame cushion, and with small contributions of 35 and 20 he later completed the victory 4-1.

It is the second time that multi-discipline cueist Brabiner has won the Island snooker trophy – he first claimed it 24 years ago in 1991.

The pair have faced each other in several national finals in the past, with both racking up triumphs. However, this latest scoreline was the same outcome when they last met in the 2013 title match.

Brabiner and Shorto will soon play each other for the annual Channel Islands Snooker Championship. This year it is Guernsey’s turn to host the encounter. 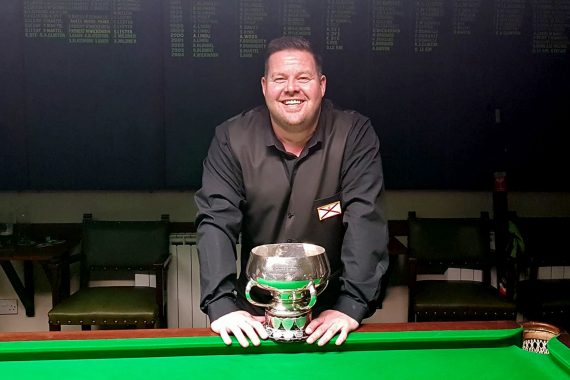