Rodion Judin defeated Maris Volajs in the final to defend the Latvian National Snooker Championship. It is the fourth time that the 20-year-old has won the title.

Held at the NB Club in capital city Riga and organised by the Latvian Republic Billiard Federation, a total of 41 players took part in the event. As one of the eight seeds, Judin avoided the groups phase and went straight into the knockout rounds.

Despite falling 3-2 behind, Judin strung together five successive frames to win 7-3 and lift the trophy for a third consecutive year.

Including other categories, this was Judin’s 14th national championship overall. He is also a two-time Baltic Snooker Champion and last summer was invited to play in his home professional tournament – the Riga Masters – where he saw off Chen Zhe 4-0 before losing to Robin Hull 4-2 in the last 64.

Article written and published by Michael Day on the 23rd May 2018. 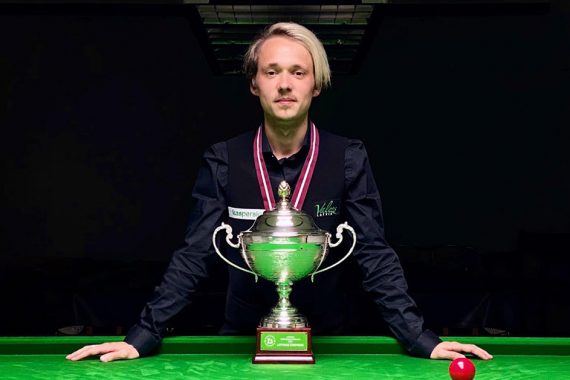 Five-Star Joy for Judin in Latvia