With a proud history dating back to as far as 1927, this is one of the world’s oldest national snooker championships. Former winners include 1972 and 1982 world champion Alex Higgins and 2018 Masters champion Mark Allen.

Organised by the Northern Ireland Billiards and Snooker Association (NIBSA) – a member of the World Snooker Federation (WSF) – the event was moved from its original date in the spring due to the coronavirus pandemic. Featuring a total of 90 competitors, it was held over three consecutive weekends at the Antrim Sports Club. Sections of the draw were completed across the opening weekends before the eight remaining cueists returned for the conclusion.

Reigning champion Lavery was a man on a mission in Antrim, dropping just one frame on his way to the final. The 36-year-old first defeated John Robinson 3-0, Paschal McKenna 3-1 and Brian Milne 4-0 to book his place at ‘Finals Weekend’. There he continued his campaign with clean sweeps of Darren Dornan 5-0 in the last eight and Stephen Brady 6-0 in the semis. In the previous round Brady had eliminated former top 16 star and two-time Crucible semi-finalist Joe Swail 5-2. Swail – runner-up in this event twice before – missed the 15th black (113) during a maximum attempt in the last 32.

Lavery’s opponent was exciting 16-year-old prospect McGuigan, who was aiming to become the youngest ever winner of this title. Already a Challenge Tour event finalist, McGuigan crafted a plethora of breaks on his way through, which featured a 5-1 quarter-final win over former professional and seven-times winner Patrick Wallace and then a gripping 6-5 pink ball triumph over Raymond Fry in the last four. 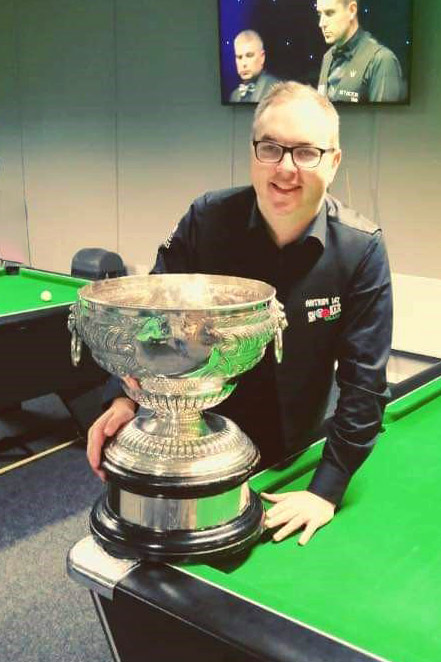 The first four frames of the two-session final were shared with both players making a half-century. McGuigan then compiled breaks of 110 and 76 in two of the next three frames which sandwiched Lavery’s effort of 57 in frame six, but it was the latter who finished the first session stronger as he claimed the final two frames for a 5-4 lead.

On resumption, Lavery swelled his advantage, moving one away from glory at 9-5 up. However, impressive McGuigan refused to quit, stringing together four consecutive frames including back-to-back breaks of 128 and then 132 (the two highest breaks of the tournament) to force a decider.

Despite this onslaught of scoring from his rival, though, Lavery composed himself in the last frame. An initial run of 46 helped him take early control of the decider which he later converted into victory and a successful defence of the championship.

Winner Lavery said “I played great up to the final winning 18 frames in a row, followed by the opening frame of the final. Then it was about hanging on to Robbie.”

“I couldn’t believe I was 5-4 up as he played some great snooker in the first session. I took control at 9-5 and should have killed the match off but he cleared twice and then made two of the best breaks I’ve ever seen in about only ten minutes for 9-9. Robbie is already a fantastic player but he will only get better the next couple of years and I really fancy him to go to the top tier of the sport.”

“I’m really proud the way I held myself together in the decider and over the moon to retain my title. It might be hard to get the hat-trick next year, though, with Robbie being another year older!”

Tournament Director Simon Cooke added “We got to witness a great match between Declan and Robbie. Massive thanks to all those who helped out behind the scenes in order to run and showcase the tournament, the staff at Antrim Sports Club for their hospitality and Rory Mallon from RTM Mortgages who sponsored the event.”

Full results from the championship can be accessed via WPBSA SnookerScores. 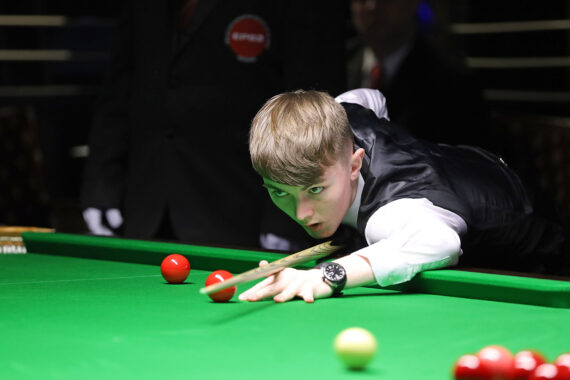 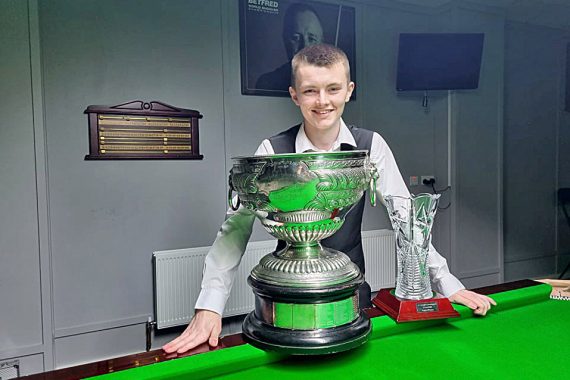