It was the second time that Norway’s only current professional has claimed this prize – he also did so a decade ago in his only other appearance.

Given his vast experience, Maflin began the event as a heavy favourite. The former Players Championship and China Open semi-finalist didn’t drop a single frame throughout, culminating in a 4-0 final defeat of Audun Risan Heimsjø. 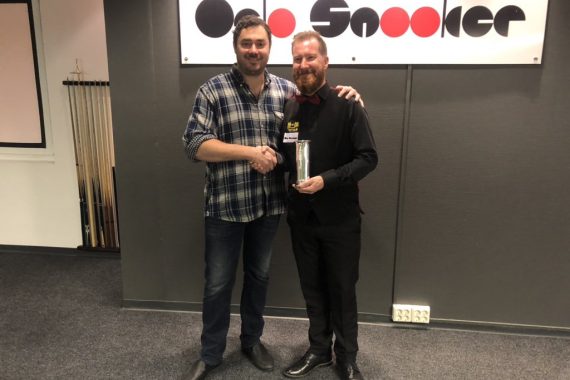 Watts A Performance in Norway