Located in Southeast Europe and with a population of just over two million people, North Macedonia is the latest nation to join the expanding global snooker family.

This landlocked country successfully completed its first national snooker championships earlier this month at the Gran Club in the capital city of Skopje. Following five events held throughout the season – featuring cueists from ten different cities and as young as 10-years-old – the top two from the overall rankings were tied and a play-off match was required to determine the inaugural winner.

In a dramatic and exciting conclusion, Pavle Danilov ousted Dejan Sipkovski in a deciding frame to claim the trophy. Sipkovski took the first and third frames, but Danilov levelled up each time. In the fifth and final frame Danilov required penalty points with one red left, but the situation turned, and he came through to record a 3-2 triumph on the final pink.

Prior to this tournament, the Snooker Association of North Macedonia (SANM) hosted a national junior championship that was won by 16-year-old Filip Neshkoski.

A vision of snooker in North Macedonia

President of the SANM Lazar Lazarevski has overseen several ambitious projects inside the past twelve months. In an exclusive interview, he discusses the work that has already been achieved and the plans for Macedonian snooker in the future.

Could you tell us a little bit about the creation and history of the SANM?

The Snooker Association of North Macedonia is a realisation of a long-standing dream. There was a desire amongst the snooker community here to have an organised body that can finally begin the proper systematic process to promote snooker and get it affirmed as a sport in Macedonia.

The association was formed last August by a group of five snooker clubs inside the country. We had a presentation ceremony that was attended by the President of the Olympic Committee Macedonia and a representative of the Agency for Youth and Sport. At the presentation we announced our goals of hosting national championship events and joining regional and continental snooker associations. We also stated our intentions to encourage players, referees and coaches through various projects and workshops, and community inclusion for those with Down Syndrome.

How popular is snooker in North Macedonia and how much exposure does it receive?

Snooker’s increasing popularity is visible, both in the Balkan countries and here in North Macedonia. This is because of the excellent media coverage we get from the national championship on the internet and the effect of Eurosport television where the professional players are becoming more familiar to our sporting audience. We are also close to agreeing with the National Olympic Committee that some of our domestic matches will be broadcast on the Olympic Channel.

We see more and more young children being enchanted by the magic of snooker, and I am increasingly surrounded by parents who support the affinities of their children, which makes me especially happy.

What facilities are there in North Macedonia for people to play snooker?

Currently we have a modest number of tables across the country, some of which are in the clubs and some that are personally owned. One of the goals of the Association is to be able to increase the number of tables, especially for competitions, which we hope will be supported by the government body in the future. 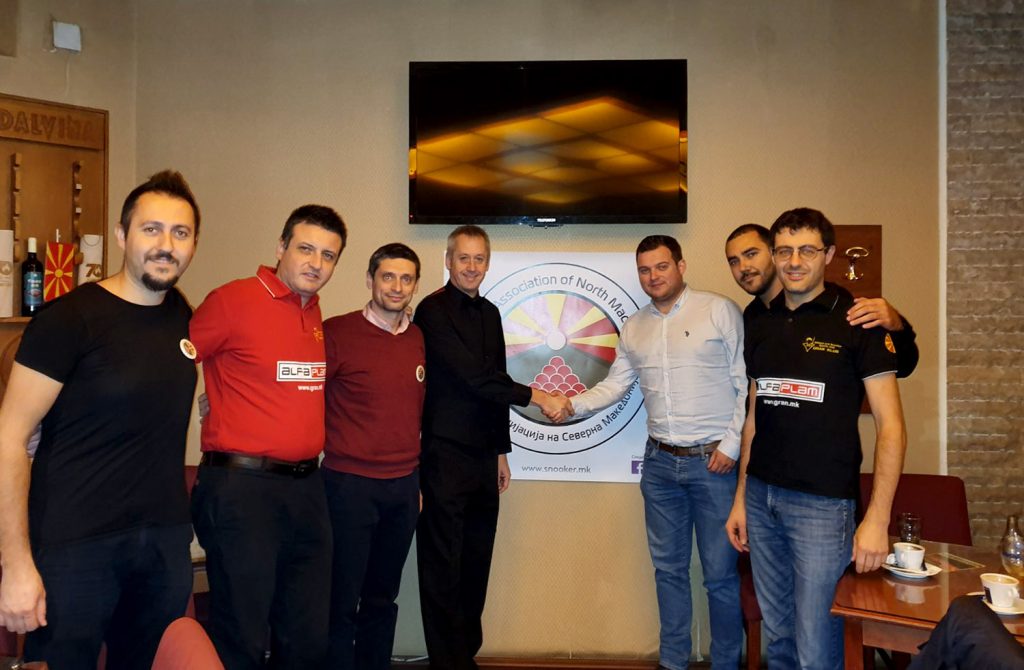 Earlier you mentioned your plans for coaching in the country – how is this going?

Our largest snooker club – the Gran Club – started a collaboration with WPBSA coach Nigel Bond eight years ago. He has visited us on five occasions, and we have developed a close friendship with him.

To have a professional ranking event winner provide us with an unselfish investment of his time represents a huge privilege and great motivation for both us as an association and the players themselves. Nigel’s visits are extremely fulfilling with individual coaching and group training workshops for players and coaches.

We now have four active coaches, three of whom are certified and work under the European Billiards and Snooker Association (EBSA) programme.

North Macedonia recently had representation at the EBSA European Snooker Championships. Can you tell us about that?

For the first time, Macedonian players and a referee took part at the European Snooker Championships in Albufeira, Portugal.

Our junior champion Filip Neshkoski is a great hope for Macedonian snooker. His love of the sport saw him create a makeshift snooker table out of a wooden door! Filip won a match in the under-18 event and therefore recorded the first official victory for our country. National champion Pavle Danilov and Vlatko Janev represented us in the 6-Red and main championships with Pavle winning Macedonia’s first match at senior level.

We must also mention our international referee Ana Srbinovska who was at the championships from the first day and made a great impression. 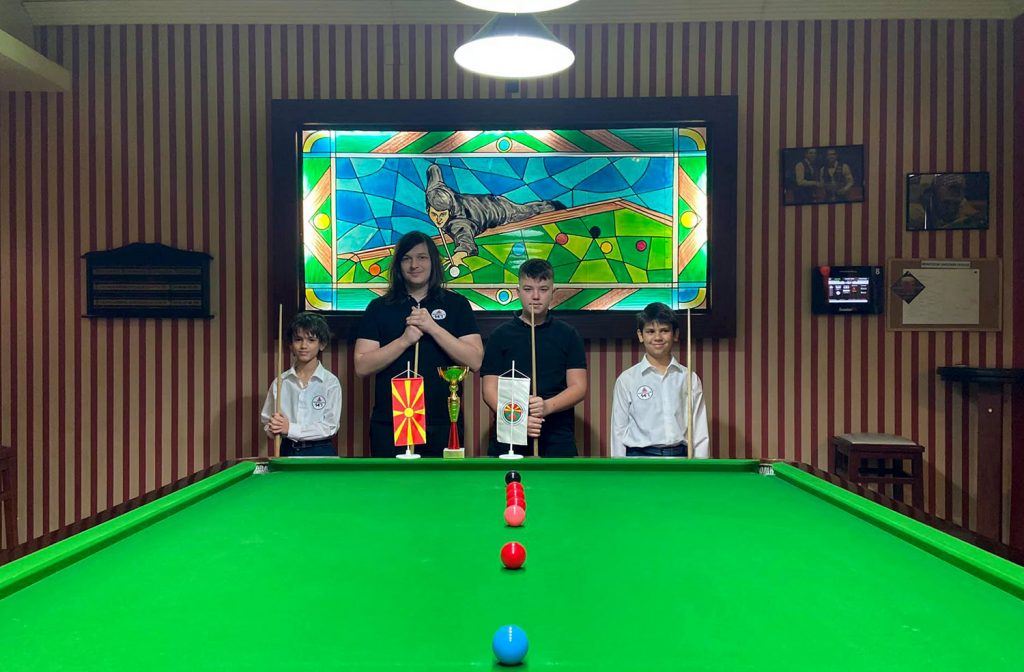 What are your future hopes for snooker in North Macedonia?

Snooker is certainly on the right path, both globally and in our country, but we should not be fooled into thinking that the road to snooker success is short or that a Macedonian player will soon be on the professional circuit.

The hope remains that with systemic training of young players we can firstly expect some success on Balkan soil and later, European. Why not? We have great examples of countries which don’t have long traditions with snooker that are doing well – Ukraine, Poland, Finland.

However, with this aside, personally as a President of SANM – and a great lover of this sport – I would get immense satisfaction if we succeed to include as many young people as possible in this noble sport, whether as a compliment to their education, a hobby or as a basic profession. The psychological benefits of playing the sport are unquestionable and snooker can be practised by anyone.