Held over six days and initially across multiple venues, 40 players featured in the main draw of the most prestigious tournament on the Papua New Guinea Billiards and Snooker Association calendar. Split into eight round robin groups of five, the top three from each pool qualified for the knockouts with the winners advancing straight through into the last 16.

Defending champion Ng topped Group A without dropping a frame and subsequently progressed as the number one seed. In the knockouts he defeated Ikupu Ovia 3-0, Djorne Fong 3-1, Nathan Fong 4-0 and then Miria Rima 5-0 in the final at the Lamana Q-Club to retain the title. 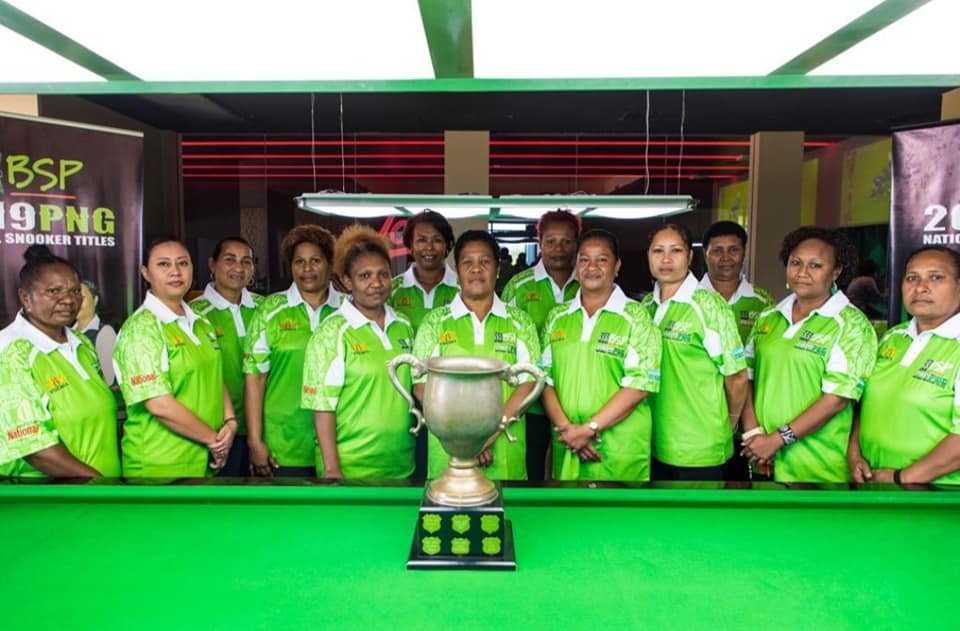 An event starting off with 32 hopefuls, Welsby finished first in her group with the loss of only one frame. She then dominated the knockout stages, relinquishing no frames on her route to the championship which concluded with a 4-0 victory over Damita Bray in the final. It is an incredible 13th time that Welsby has triumphed in this competition.

Both events were title sponsored by Bank South Pacific.

The photos above were taken by tournament sponsors Video Worx

Results from the quarter-finals onwards