Van Hove – who had lost his last four finals in this event, including 12 months ago in 2017 – had to begin his campaign in the opening round.  With a starting entry of over 100 players, he came through seven rounds and eliminated defending champion Jeff Jacobs 6-1 in the semi-finals with breaks of 107 and 84 – gaining a measure of revenge for losing to Jacobs in last year’s final.

Against maiden finalist Leclercq, Van Hove top scored with a 63 in the last frame to complete a 7-5 triumph and reclaim the trophy he first won in 2004.

Besides the main event, several other national championships were won in Belgium in recent weeks.

Wendy Jans continued her dominance of the women’s domestic scene when she dispatched Melissa Eens 4-0 in the final to claim the title for an incredible 16th time.

Kobe Vanoppen ousted Ben Mertens 6-5 to secure the under-21 championship. Mertens and Leclercq contested the finals of both the under-16 and under-18 championships – Leclercq won 4-0 in the former whilst Mertens succeeded 5-0 in the latter.

Held in Sint-Truiden, these championships were organised by the Belgian Billiards and Snooker Association. They took place between the 10th-27th May.

Many thanks to Gery De Mol and Kevin Van Hove for their generous input of knowledge towards this article.

Article written and published by Michael Day on the 2nd June 2018. 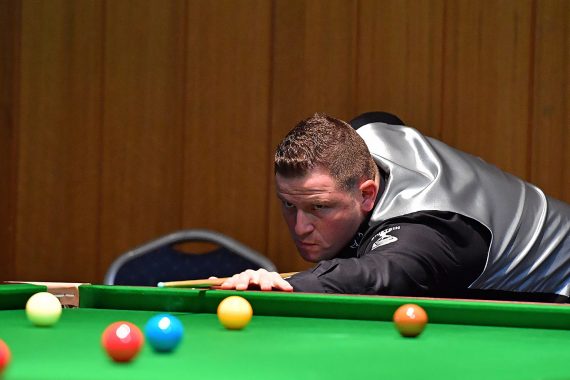