The group stage draws for the first two tournaments to take place at the inaugural WSF Championships have been announced.

Hosted by the World Snooker Federation, in conjunction with the Malta Billiards and Snooker Association at the Dolmen Hotel from 14-24 March 2018, the event will offer the world’s best amateur players the chance to compete on the professional tour.

The Championships will begin with the 37th staging of the WLBS World Women’s Snooker Championship and the first-ever WSF Seniors Championship. Both events are scheduled to run across four days, with knockout rounds following the group stage action.

The Women’s event will see the world’s best players including defending champion and current world number one Ng On Yee, as well as 11-time champion Reanne Evans and Belgium’s Wendy Jans battle it out to take the top prize.

As well as taking home the trophy and a top prize of €6,000, the champion will also earn her place at the qualifying rounds of this year’s professional World Championship qualifiers in Sheffield, England.

In the Seniors event, serial winner Darren Morgan from Wales heads an experienced field, all looking to become the first ever WSF Seniors champion and win the €6,000 first prize.

The top two players from each group will progress to the knockout stages of both competitions, with the best four group winners seeded straight through to the quarter-finals.

Eight players from both the Women’s and Seniors events will qualify to play in the group stages of the Mixed Gender WSF Championship competition, which will begin on 18th March. 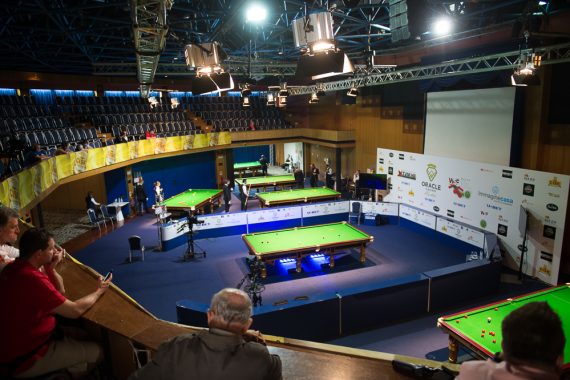