As amateur snooker across the world attempts to return to some normality, further national championships within the World Snooker Federation family have been contested over the past month. Here is our round-up of the action. 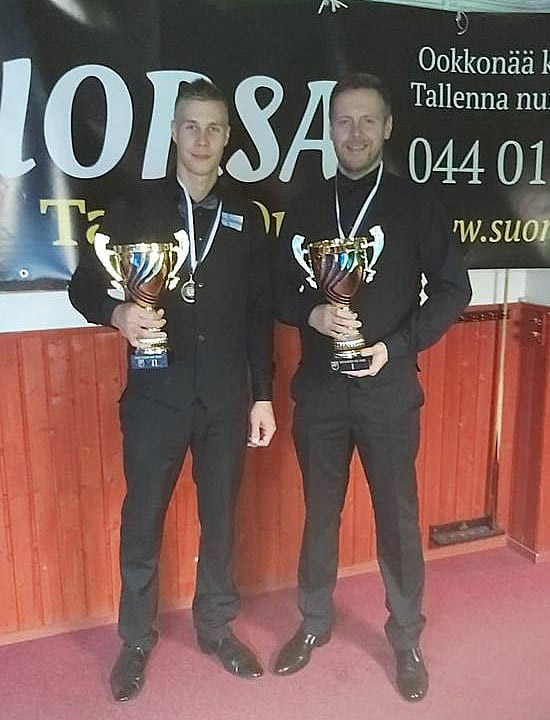 Like so many events this year, the competition was moved from its original date in April due to the coronavirus pandemic. Despite the enforced switch, a sizeable entry still made its way to the City Billiards venue in Oulo.

Hull – the 2016 Shoot Out champion and a three-time Crucible qualifier – eliminated Petri Pitkänen 4-0, Juha Erkinmikko 4-1, Jani Venäläinen 4-1 and Tuure Lappalainen 4-0 before ending the hopes of Eelis Lappalainen 4-0 in the semi-finals.

In the final Hull met Heikki Niva, a player who was just one match away from a maiden professional tour berth earlier this year having reached the final of the EBSA European Amateur Championship in Portugal. The 27-year-old was untroubled in the early rounds but he did require a decider to get past former winner Patrik Tiihonen 4-3 in the last four, where he constructed a break of 109 in the last frame. In an earlier round Niva compiled a 128, which would be the championship’s highest.

Hull was totally dominant in the final, though. A figure on the sport’s top tier for over two decades, he registered runs of 55, 73, 94 and 89 to win 4-0 and reaffirm himself as Finland’s top player.

At the 2017 World Cup in China, Hull and Niva played alongside each other for Finland. 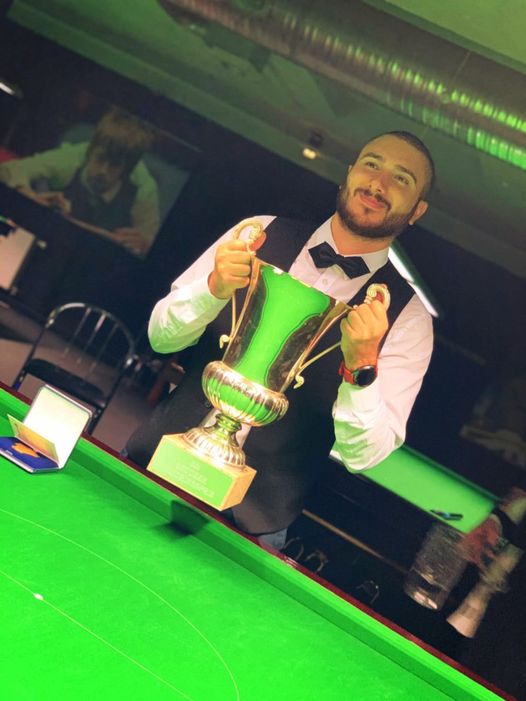 A field of 57 players took part at the Snookerhallen in Stockholm across four days of busy action that featured groups, double and straight elimination formats.

Seven years on from his maiden triumph in the competition, 28-year-old Al-Urfy made a trio of half-centuries as he coasted through his group, then navigated two further matches to qualify for the knockouts.

Breaks of 51 and 52 aided him to dispatch Kai Parvianen 4-0 in the last 16 before a 4-1 victory over Arpat Pulat put him in the last four. He then showed different qualities to defeat 2018 winner Henrik Svedstedt 5-4 in a match where there was never more than a frame between them.

In the other half of the draw, 2007 victor Jim Johansson dethroned defending champion Simon Lindblom in the last eight – gaining some revenge for his loss to him in last year’s final – then crafted breaks of 115 (highest of the tournament) and 82 as he ousted Suleman Kukka Salam 5-4 in the semi-finals.

Johansson held the initiative throughout much of the final, twice holding a two-frame advantage and highlighting a break of 92 in going 3-1 up. However, Al-Urfy managed to stay in touch and – despite having never led – emerged via a deciding frame 6-5 after over six hours of play to become the fourth different winner in as many years.

Since his triumph 13 years ago Johansson has reached the final a further six times but lost on each occasion, including the last three years. 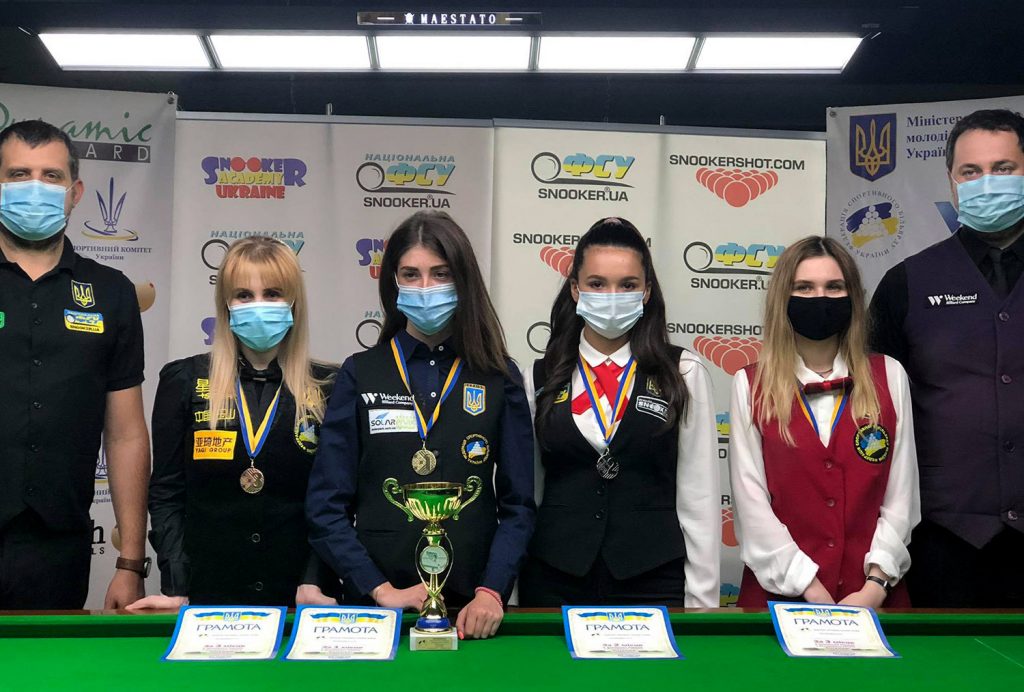 Denis Khmelevskiy won the Ukraine Snooker Championship for the first time last month at the Leader Billiard Club in Kiev.

Khmelevskiy won all his group matches to qualify for the last 16 knockouts where he defeated 9-year-old Matvei Lagodzinschii – the current champion of Moldova – 2-0, Nikita Rudenko 3-0 and Vitaliy Patsura 3-1 to reach the final.

There he faced 15-year-old defending champion Anton Kazakov. The Dnipro cueist didn’t drop a frame early on but was pushed to a decider by Sergey Petrash in the quarter-finals. In the last four he faced fellow youngster Kirill Baydala where he recovered from losing the first frame to win 3-1, with a 57 break in the last frame.

The title match brought together two players who had recently teamed up to secure the national pairs championship. Vinnyystia based Khmelevskiy claimed the opener, but breaks of 58, 37 and 44 helped Kazakov move 2-1 in front. However, Khmelevskiy strung together the next three frames on the colours for a 4-2 success.

There was also a new winner of the national women’s championship after Lyubov Zhygailova pipped Margarita Lisovenko 2-1 in the final. 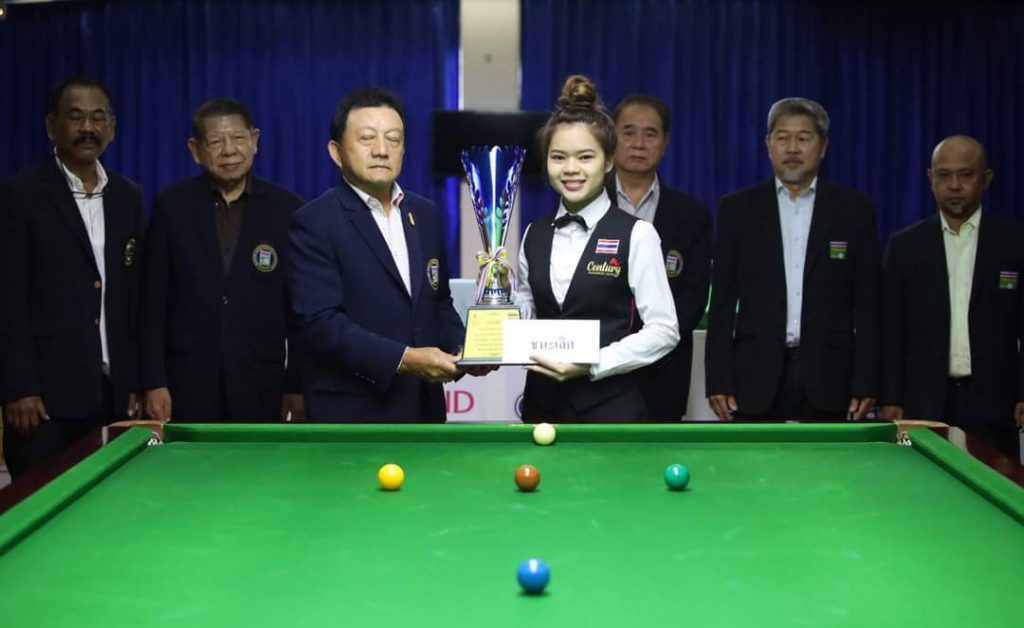 Siripaporn Nuanthakhamjan created a piece of Thai snooker history by becoming the first woman to reach the final of an open category national event in the country.

Nuanthakhamjan – also known as Baipat – reached the final of the Thailand Under-21 Snooker Championship in August where she was narrowly defeated by Jongrak Boonraud 4-3. 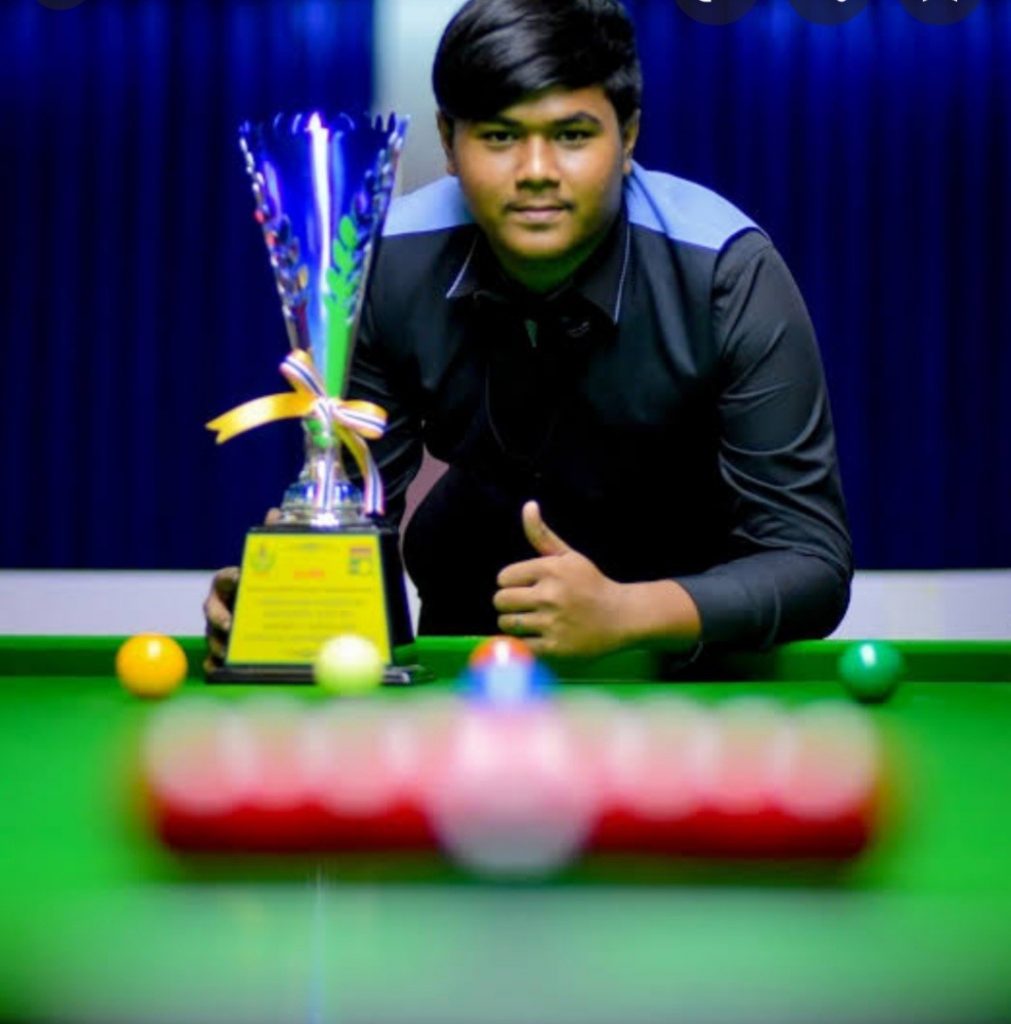 However, just a few weeks later Siripaporn would be celebrating a national title when she claimed the Thailand Women’s Championship following a 4-1 victory over Waratthanun Sukritthanes in the final.

Siripaporn has recently returned to the sport after a small break away from it. Along with teammate Sukritthanes, she won last year’s inaugural World Women’s Snooker World Cup on home soil for Thailand.

Thank you to everyone who contributed to this month’s edition. 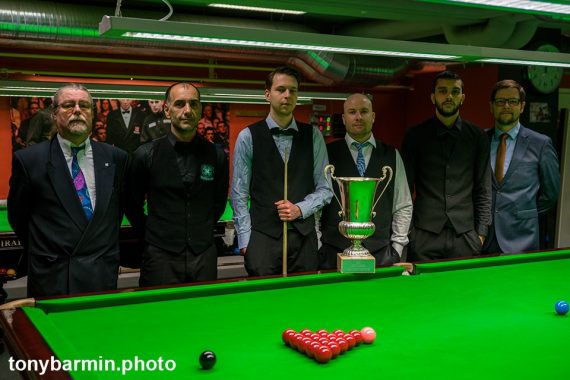