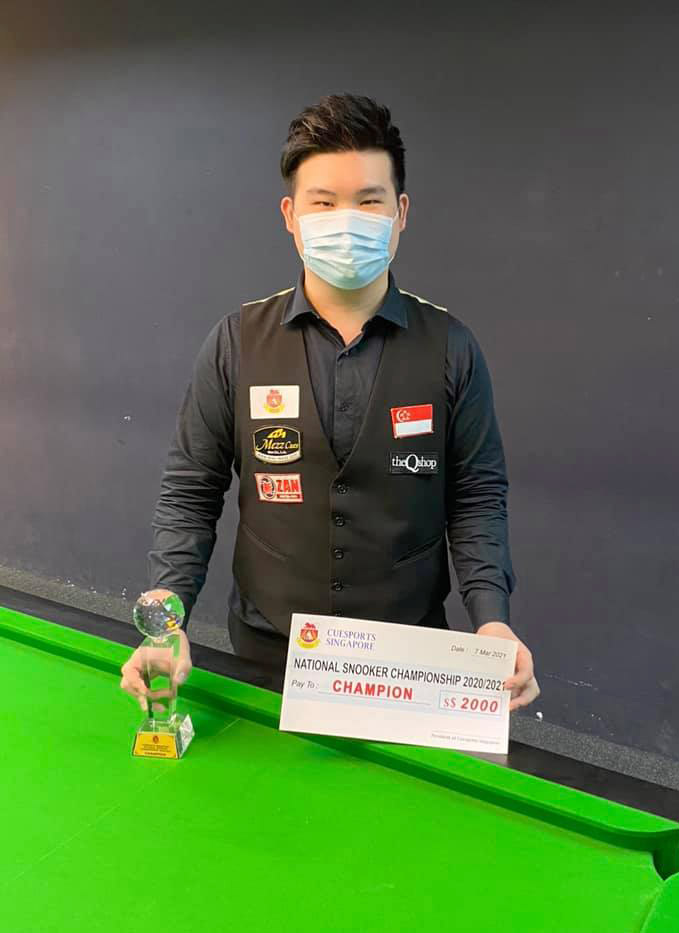 As one of the seeds, 24-year-old Yapp was spared qualifying and began his campaign in the last 32. He eliminated Cheah Weng Keong 3-0, Sunny Wang 4-0 and Bernard Tey Choon Kiat 4-1 to reach the ‘finals weekend’ where the four remaining competitors converged. There, Yapp needed to win the final two frames in order to oust former champion and number one seed Marvin Lim Chun Kiat 4-3 in the last four, a result highlighted by a break of 65.

A Singaporean citizen since 2006, reigning title holder Gilchrist negotiated his opening three assignments before denying Ng Chee Kiat 4-1 in the other semi-final fixture.

The final brought together versatile cueists who are perhaps better known for their abilities in other table disciplines. Former world junior 9-ball pool champion Yapp sits 25th in the world pool rankings, whilst Gilchrist is the current four-time world billiards champion and world number one. 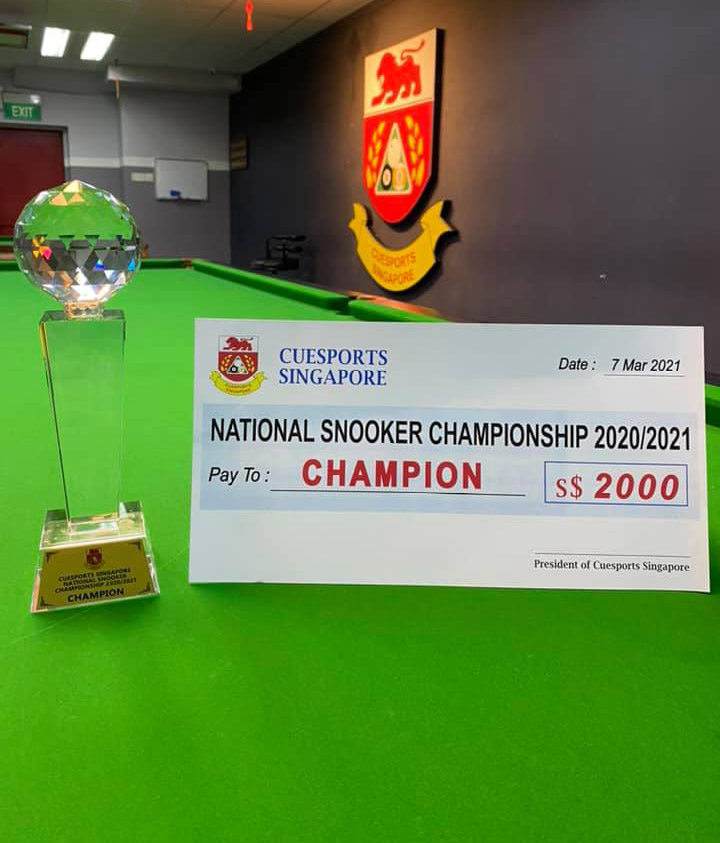 Yapp began the encounter well, crafting a break of 60 in the opening frame before declaring a foul on himself. Gilchrist tried to counterattack but missed the yellow with the rest on a run of 45 and later watched his opponent pot from yellow to pink to go 1-0 up. The youngster then doubled his advantage after a black-ball finish to frame two.

Experienced Gilchrist – a professional player for several seasons in the 90s – was unperturbed, though. A break of 54 helped him to chalk up frame three before he levelled the match by taking frame four without conceding a point.

It seemed as if momentum had shifted, but Yapp potted pressure balls to nip frame five on the pink and then came out on the correct side of a fifty-five-minute sixth frame to record a 4-2 victory and claim this title for the first time in his career.