Originally due to take place in May, the event was rescheduled because of the COVID-19 Pandemic. With safety measures in place, the tournament was staged across the weekend at two venues in the capital city – the Cue Club and the KN Billiard Club.

Exciting prospect Kolpačenko – who turns 17 later this month – dished out some payback on his way to lifting the trophy. He came through his opening two rounds without dropping a frame – making a 96 break during his last 16 victory – before eliminating Mindaugas Maisiejus 4-2 in the quarter-finals.

In the last four the youngster faced defending and three-time champion Vilius Schulte in a repeat of the 2018 final. Schulte had constructed the competition’s all-time highest break of 110 in the previous round, but it was Kolpačenko booking a place in the title match following a narrow 4-2 win.

Joining Kolpačenko was Tadas Andrejavas who reached the final for the second year in a row after surviving a deciding frame finish against Konstantin Afanasjev in the other last four affair.

Andrejavas – chasing the title for the first time too – had defeated his rival during the semi-finals in 2019, and he was on his way to denying him again when taking the opening frame this time around. However, it was his only impact of the match as Kolpačenko – aided by two breaks of 59 – strung together four consecutive frames to triumph 4-1 and become the youngest ever champion.

The championship was organised by the Lithuanian Billiards Federation, a member of the World Snooker Federation.

Results from the quarter-finals onwards: 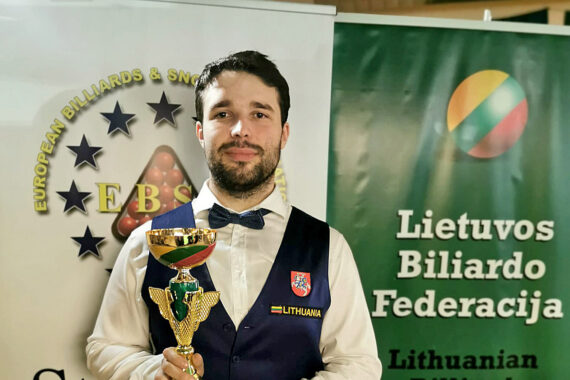 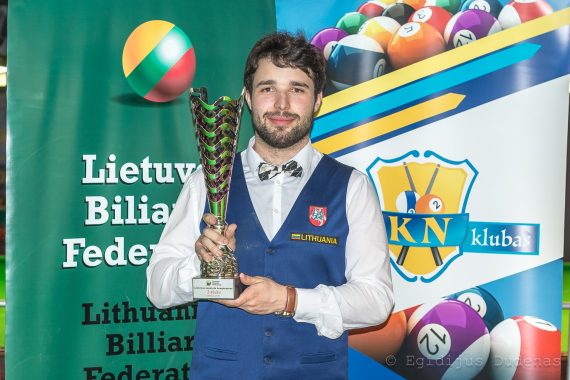