Snooker enthusiasts on the Isle of Man are eagerly awaiting the opening of a new top-class facility where they will be able to play to their heart’s content.

Located in Ballasalla in the south of the island, The Cue Zone IOM will span an area of 7,500 square feet across two levels. The groundbreaking cuesports venue will house seven full-sized snooker tables and three smaller six-foot training tables, as well as American and English pool amenities. The ambitious project is the brainchild of former island professional Darryl Hill. 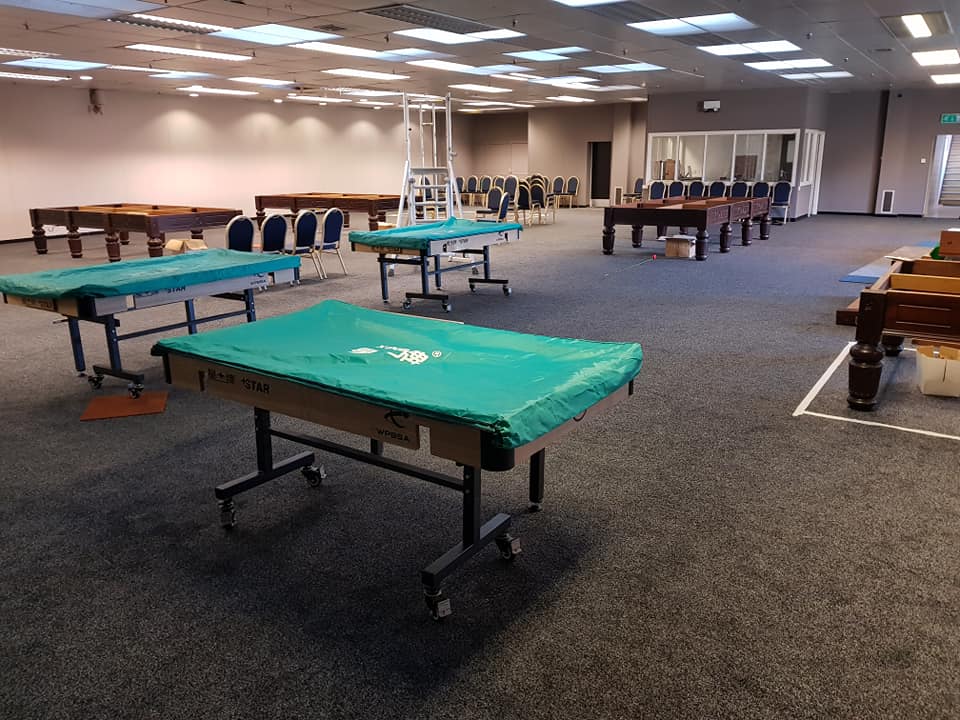 “My family always used to say when I was playing on the English junior tour that it would be great to have a venue of our own. We’d say it a bit tongue in cheek, although we did have a serious think about it several years ago, but when I turned pro we forgot it all and I concentrated on that.” said the 2015 EBSA European Under-21 champion.

“Now, though, with limited venues on the island, this is the right time for a facility like this to open. It is needed to get junior and new players into the sport and for our coaches to operate properly. It will also allow the island’s top players to knuckle down and prepare for major amateur events that we travel to. It will be a venue that the Isle of Man has never had before.

“Whilst we want to keep the venue social for all ages and abilities, I have veered towards a state-of-the-art academy style centre of excellence that is based on similar models I have seen before. ‘The Arena’ will hold seven snooker tables, one being the first, and only, XingPai table on the island with an enclosed seated viewing area. In total we will have four ‘competition’ tables with steel block cushions, while the other three will be for all abilities to enjoy.

“I am working with the chairman of our association – who is also the island’s head coach – and he has agreed for us to house the association’s small training tables where we can hold junior coaching but still take them to schools for sessions too.

“The Cue Zone IOM will also feature an American Pool table, its own ‘Pool Lounge’ that has four smaller English Pool tables and a separate lounge/dining area with a TV where we will serve hot and cold drinks and meals.”

Problems Overcome and a Bright Future Ahead

Hill’s vision was put on hold in recent months due to the COVID-19 pandemic, but with restrictions lifted over the last few weeks, he is hoping that the ribbon will soon be cut.

“The pandemic hit us at the wrong time. We planned a launch night on Good Friday (10th April) and we had Stuart Bingham – who I got friendly with when I was on the pro tour – to officially open it. Sadly, when we went into lockdown we had to down tools with jobs left to complete, although things have opened up again here and we have been able to get back to it. Some equipment is still on the mainland and with the situation there different it is proving difficult to get it across.

“We are anticipating opening in July, however I will only do it when everything is right. Stuart is still on hand to attend an evening here in the future when the situation allows him to. 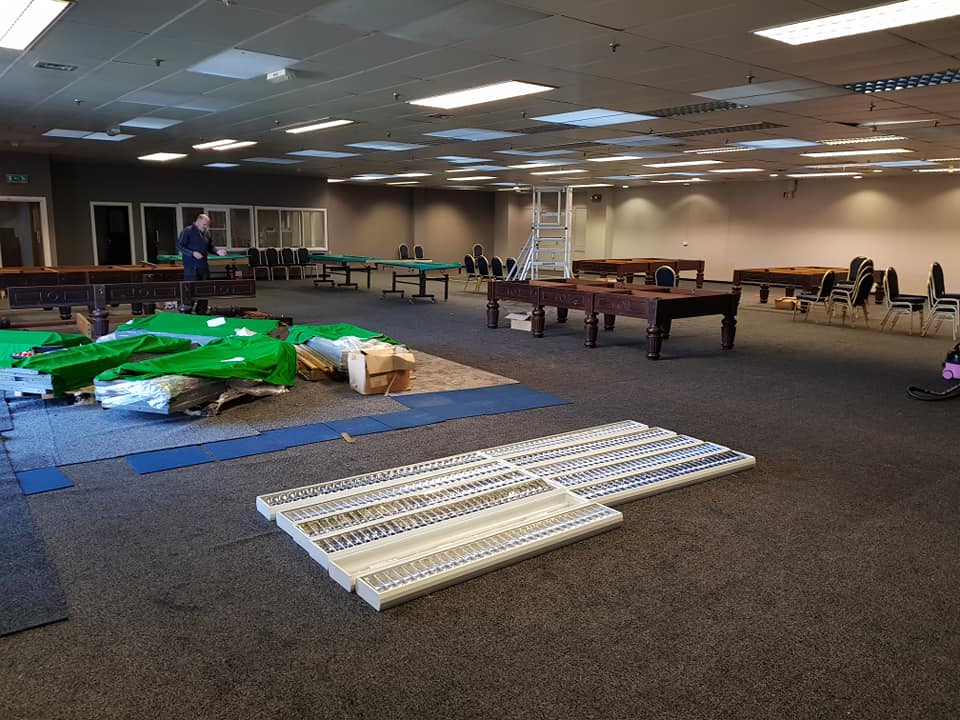 “My family and I have received a lot of support from key individuals and skilled workpeople. The building was not in great condition originally and it has taken a mammoth team effort to make it the venue it is now. We are very grateful for everyone’s help – thank you!”

The Manxman is positive about the prospects of snooker on the Isle of Man and believes the new venue will have a big impact on hosting new, exciting events for all.

“This will hopefully generate further interest in the sport here – bringing in new players and enticing former ones back. Now we have the capacity under one roof, we can run competitions and hopefully re-establish international friendlies and challenge matches that we used to run in the 1980’s. I have already had positive talks with Northern and the Republic of Ireland about these. Now we have top quality tables in almost perfect condition, it feels like the possibilities are endless for Isle of Man cuesports.” 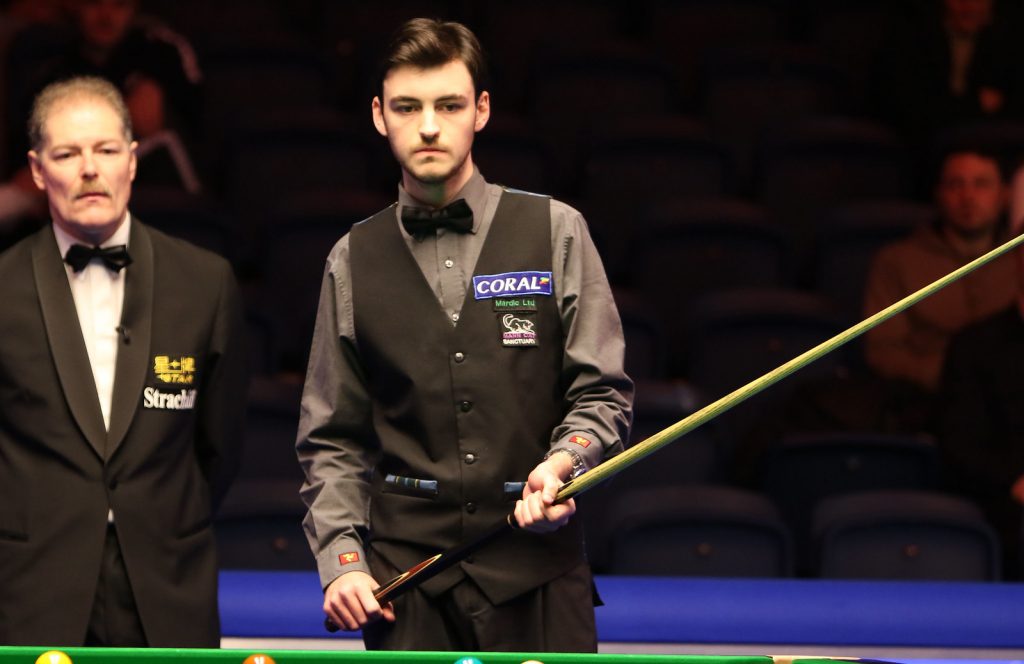 In terms of his own playing career, 24-year-old Hill is upbeat about the future and getting back into the big time after a frustrating end to his maiden stint as a professional.

“When I turned pro after winning the European Under-21s in 2015 I hit the ground running in the first season, reaching number 75 in the world and winning the Rookie of the Year award.

“Unfortunately, my second season was hit with major health problems as I developed Ulcerative Colitis which along with Crohn’s Disease is Inflammatory Bowel Disease. Because of many hospital visits and procedures, I wasn’t playing or willing to travel much, and by the end of my second year I had lost a lot of love for the game and wasn’t fussed about returning to the tour.

“After some time out my condition settled, and I got on top of it. I was told it could take five years to sort but I seem to have sorted myself after 18 months to two years. I’ve now started playing in big amateur events again including the World Snooker Federation Open in Malta in January. I’ve really enjoyed going back and seeing everyone involved with the organisation of them.

“I haven’t performed well enough for what I was hoping, but I do feel that moving my table in the club and finally being in a proper environment that I’ve always wanted will give me a push and enable me to get back challenging in the latter stages of big events.

“Maybe there will be a return to the tour, but one thing I would love this new venue to do is encourage those players that are capable of performing well in international events to travel to them. We can then go to these together and cheer each other on. The Isle of Man has achieved strong results in team events before and we’d like to do that more often in the future, so I rather think the venue will also be a second wind for me as well!”