Due to the coronavirus pandemic, it was the first occasion since 2019 that the unique one-off encounter took place; a champion v champion contest which brings together the recent winners of the island titles in Jersey and Guernsey.

After a 3-1 win over Brett Campbell in his opening match, Canavan didn’t drop another frame as he saw off Matt Cox and Connor Davies both 3-0 before making breaks of 61 and 68 as he defeated Jeremy Gogan 4-0 in the final to retain.

In Guernsey it was also a familiar story as Desperques racked up his 12th island championship, levelling Norman Wale’s all-time record title haul.

Desperques eliminated Shane Le Poidevin 3-0, Dave Gilmour 3-1, Seb Priaulx 3-2 and Roscoe Cloarec 4-1 to set up yet another final with multiple-time former champion Adam Shorto – the latest in a series of big meetings between the two spread over many years.

A repeat of the title match from last year, Desperques defended the title, crafting breaks of 105 and 101 during a 5-2 win.

The two champions met a few weeks later at the First Tower Billiards and Snooker Club in St. Helier – each year the islands take it in turns to host – and it was home player Canavan who would regain the inter-insular championship following a 5-3 victory.

Representing his ninth Channel Islands triumph, Canavan created history as he surpassed Wale’s all-time record of eight. The 46-year-old also has an extraordinary 100% record in the event, winning all nine times he has played in it.

There was a degree of revenge for Desperques a fortnight later as he defeated Canavan 500-345 to win the Channel Islands Billiards Championship for a seventh time. During that victory he made breaks of 113 and 54. 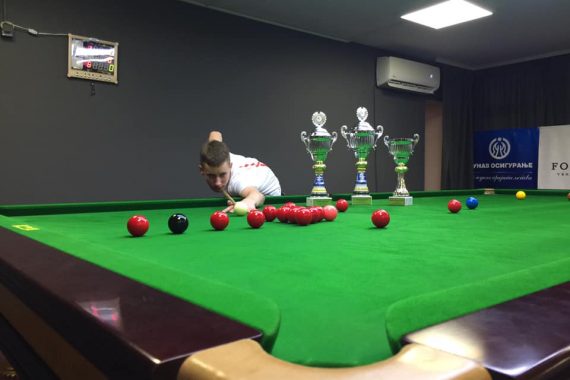