For the second time in his career, Fraser Patrick is the Scottish National Snooker Champion.

Played in stages throughout the season, Scottish ranked number one Patrick progressed through the early rounds to reach the last eight phase held at the Q-Club in Glasgow where he eliminated Dylan Gault 5-2 and Michael Collumb 6-1.

Part of Scottish Snooker’s Finals Weekend hosted by the Locarno Club in Edinburgh, Patrick dethroned last year’s winner Ross Vallance 7-4 to lift the trophy 12 years on from when he first did so. Regardless of whether he graduates from this month’s Q-School in Burton and returns to the professional circuit, 32-year-old Patrick will be awarded a place at next season’s top tier Scottish Open.

Elsewhere during the national finals weekend, Liam Graham won the under-16 championship, Dean Young secured the under-21 title, and Michael Philbin was victorious in the masters.

Article written and published by Michael Day on the 1st May 2018. 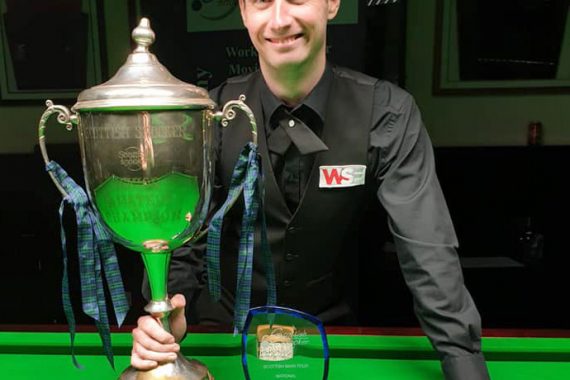